Berekum Chelsea condemn Liberty to back to back defeats 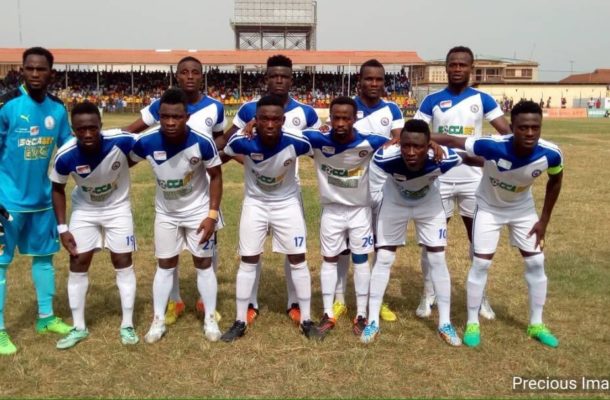 Berekum Chelsea condemned Liberty Professionals to back-back defeats after recording a 2-1 win on Matchday 9 in the ongoing Ghana Premier League.

The match came off on Monday after it was halted and rescheduled due to a heavy downpour in Kumasi yesterday.

The Blues took the lead at the Baba Yara Stadium as early as the 10th minute through Frederick Addae.

Liberty responded courtesy of a Brite Andoh goal to restore parity before half time.

Arkoh Mensah restored Chelsea’s lead on the hour mark with a spectacular free kick that eventually turned out to be the match winner.