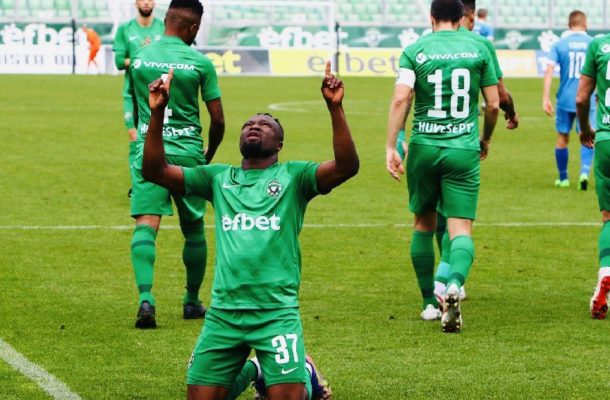 Ghanaian winger Bernard Tekpetey was on target for his Bulgarian side Ludogorets Razgrad in their slender 1-0 triumph over PFC CSKA Sofia on Saturday afternoon.

The speedy winger scored the only goal of the game that ensured that his side made away with all the three points and extend their lead at the top of the league to six points.

He scored in the early embers of the game as it arrived in the fourth minute and they managed to hold on it despite pressure from PFC CSKA Sofia.

The on loan Schalke 04 prodigy did not last the entire duration of the game as he was withdrawn in the 70th minute.

Its the first goal the Ghanaian winger has scored for his club since joining on loan from struggling German Bundesliga side Schalke 04 although he has three assists in 16 matches.