Bernhard Lippert has not been appointed as interim Black Stars coach 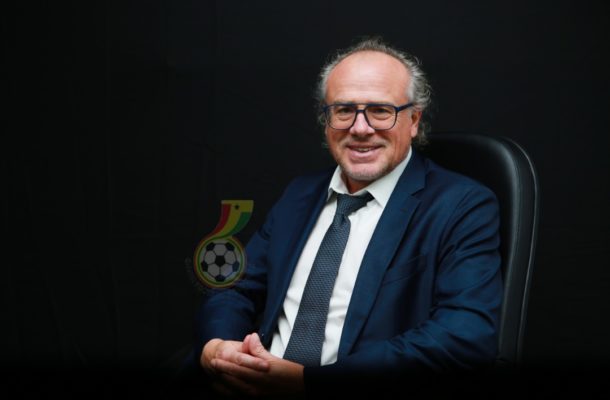 The Ghana Football Association (GFA) has denied reports in the local media claiming that German trainer and technical director Bernhard Lippert has been appointed to act as the interim coach of the Black Stars.

The Executive Council of the Ghana Football Association has terminated the appointment of Black Stars Coach Charles Akonnor and his two Assistants David Duncan and Patrick Greveraars with immediate effect.

This follows the team's poor showing in the Qatar 2022 World Cup qualifiers where Ghana struggled with a limp win against Ethiopia before losing to South Africa in Johannesburg.

Reports were rife but some media houses that the German has been named to take interim charge till a permanent appointment is made in 72 hours time but this the GFA has denied.

Vice President of the Ghana Football Association(GFA), Mark Addo has been tasked to chair the three member committee set up by the GFA's Executive Council to lead the search for a new coach with 72 hours which is in three days time.

Ghana is expected to name a new coach and his assistant by Thursday as announced by the Ghana Football Association.

Akonnor and his two assistant coaches David Duncan and Patrick Greveraars have paid the price with their jobs after dismal start in the opening two games in the 2022 World Cup qualifiers.

The Black Stars under C.K Akonnor managed just a single goal in his last four matches and won just four games out of 11 losing 5 and drawing two since his appointment in January 2020.

He chalked up a win percentage of a shambolic 40% with his team struggling even against minnows on the continent.

The 59-year old Lippert had previously been a coach assistant and caretaker for Eintracht Frankfurt, a German Bundesliga side.