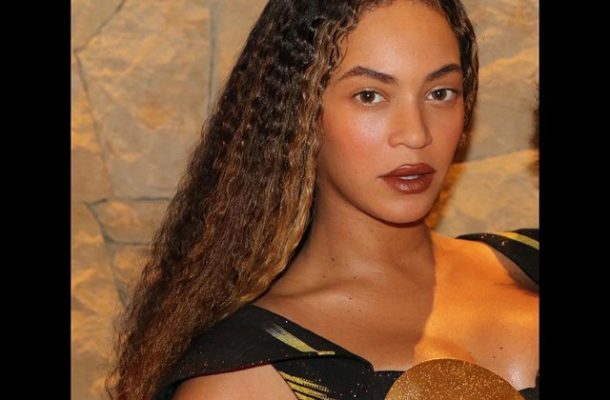 On Sunday night (Oct. 6), Black Hollywood descended upon Atlanta for a glamourous evening.

Film maven Tyler Perry held a grand ceremony for the opening of his namesake 330-acre studio.

Earlier this year, the filmmaker, producer and actor highlighted the importance of his achievement in a rousing speech at the 2019 BET Awards.

The night was one big ode to Black excellence, including a special tribute to the Black greats that inspire Perry, such as Oprah Winfrey, Denzel Washington, Halle Berry, Whoopi Goldberg, Cicely Tyson and Diahann Caroll, who died Friday, one day before the ceremony.

Some of the biggest names in entertainment journeyed South for the extravagant gala, including Spike Lee, Samuel L. Jackson, Jay-Z and Beyoncé, who penned a beautifully written memento to the Atlanta icon on Sunday on Instagram.

Moved by the event, the "Lemonade" singer confessed that she “could not stop crying” and felt honoured to be in the presence of her childhood heroes. In the post, she also spoke on the significance of Perry realizing his long-held dream of owning his own studio.

Alongside sending Perry her congratulations, the R&B superstar wrote, “I could feel our ancestors’ presence. Surrounded by my heroes, I watched Denzel, Queen Oprah, Spike, Whoopi, Sir Poitier, Will, Halle, Dame Cicely and our angels John Singleton and Diahann Carroll honoured.”

'GENERATIONS OF BLOOD, SWEAT AND TEARS, SUCCESS, EXCELLENCE AND BRILLIANCE. IT MAKES ME SO PROUD, SO FULL, I COULD NOT STOP CRYING.'

She ended the post by thanking Perry, whom she called her “Virgo brother,” for inspiring her to “dream even bigger.”

Read Beyoncé’s heartfelt message to Tyler Perry in full below.