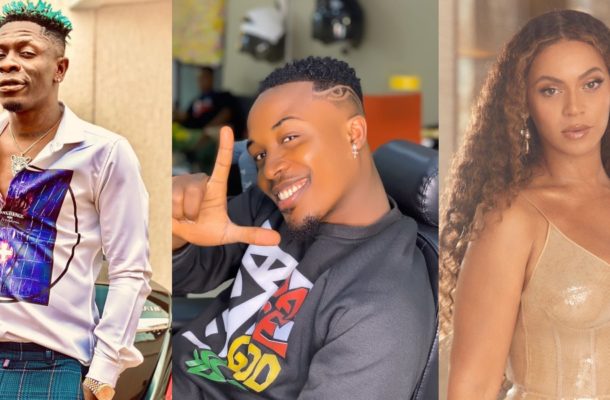 A Ghanaian dancer, Laud Anoo Konadu, otherwise known as Dancegod Lloyd, has given a detailed account on how part of the ‘Already’ music video which featured Beyoncé and Shatta Wale was shot in the country.

The popular dancer in an interview with ZionFelix on the ‘Uncut’ Show revealed Beyoncé didn’t touch down in Ghana for the shooting.

Dancegod Lloyd disclosed that the choreography was sent to them for him and his crew to learn the routine and apply their sources.

He indicated that his scenes were shot in Ghana together with the DWP Academy which specializes in training dancers in the country.

When asked about Shatta Wale and Beyoncé’s scene in the video, the renowned dancer revealed such scenes were shot in the United States of America.

According to him, he had a piece of information that Shatta Wale travelled to America to shoot the other scenes with Beyoncé.

Dancegod Lloyd further stated how happy he was when he landed the deal to feature in the music video by the prominent American singer.