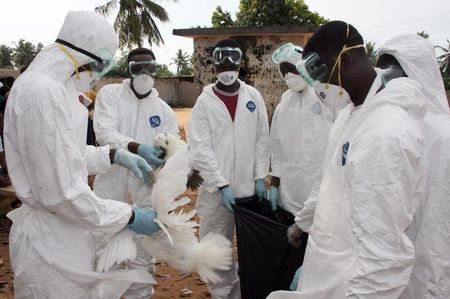 A fresh case of Bird Flu case has been detected at Nyame Bekyere, a suburb of Nkawkaw in the Eastern region by veterinary officials.

As a result, over 2000 affected birds have been killed, officials have confirmed.

The case was traced to two poultry farms after a team of veterinary officers led by the National Director of Epidemic Dr Abu visited the farms.

A full report from a laboratory test is expected soon, the officials noted.

Meanwhile, Reuters is reporting that two outbreaks of the highly pathogenic H5 bird flu have been recorded on farms quoting the World Organisation for Animal Health (OIE).

The remaining birds in the flocks were all slaughtered.