Black Stars call up was a good experience - Montari Kamaheni 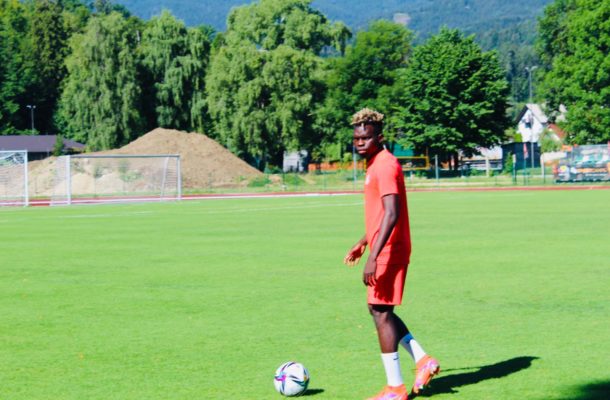 Young Ghanaian defender Montari Kamaheni says that he was over the top when he was handed an invitation to play for the Black Stars in the 2022 World Cup qualifiers.

The defender was handed a late call up as replacement for injured Bordeaux defender Gideon Mensah for Ghana's games against Ethiopia and South Africa.

Despite not playing any minute in the two matches and even failing to make the bench, the defender is happy with the call up.

“It was a good feeling and a great experience, looking at the fact that it is the dream of every player to wear the national colors and fight for Ghana, and me being called upon for duty was something great,” Montari has said in an interview with sportsworldghana.

The defender added, “It is a good step for me as I continue to develop my football career. It was an excellent step. I learned so many things. The team is full of unity.”

He joined his Israeli side Ashdod FC from Ghana Premier League side Dreams FC initially on loan before his stay was made permanent.