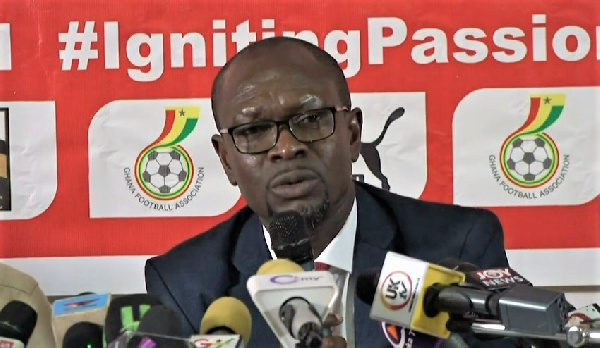 Minister for Youth and Sports, Isaac Asiamah last week confirmed in an interview that the Ministry has in a letter asked the Black Stars coach

Black Stars coach C.K Akonnor has reluctantly agreed to take a pay-cut as requested by his paymasters the Sports Ministry.

The coach has reportedly responded the the Ministry's letter and has  agreed to take a 40% pay cut to his April and May salaries.

Apparently C.K Akonnor who takes home $25,000 is owed salary arrears of nine months but has been asked to accept a salary cut in a letter before his money will be paid.

The Black Stars head coach is on a $10,000 less salary than his predecessor Kwasi Appiah.

C.K Akonnor was appointed as the coach of the senior men's national team the Black Stars but is yet to play a single game due to the coronavirus pandemic.

Since replacing Kwasi Appiah, he is yet to be paid a penny by the Sports Ministry and he has also been asked to take a pay cut.