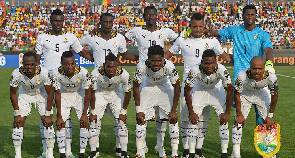 Ghana is one of the teams which has dropped alarmingly in the latest FIFA rankings released on the 15th of September 2016.

The Black Stars were ranked 35th on the global stage but have dropped to 43rd after failing to beat minors Rwanda at home and also losing to Russia in an international friendly in Moscow.

On the African continent Avram Grant’s men have dropped from second to fourth behind, Cote D’voire second placed Algeria and third placed Senegal.

In the world ranking, Brazil climbed back into the top five for the first time in a long time as South American rivals Argentina and emerging European giants Belgium kept their positions at first and second respectively.

Top ten teams in the world