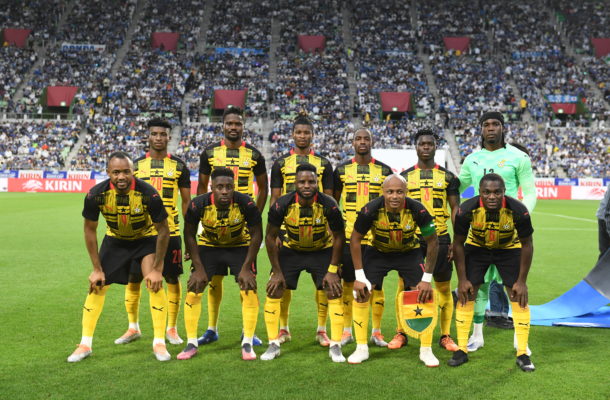 Players of the Ghana Black Stars will benefit from a FIFA initiative that will use technology to detect and block online abuse aimed at players during the World Cup finals in Qatar and beyond.

Ghana is in group H of the FIFA World Cup alongside Portugal, Uruguay and Korea.

Fifa, the game’s world governing body, and FifPro, the global players’ union, published an independent report on Saturday to coincide with the United Nations International Day for Countering Hate Speech in which rising levels of discriminatory posts on social media surrounding international fixtures are highlighted.
As a result, they have teamed up to launch a dedicated in-tournament moderation service across men’s and women’s football that will scan recognised hate-speech terms and prevent offending messages from being seen by the intended recipient and their followers.

Fifa’s president, Gianni Infantino, said: “Our duty is to protect football, and that starts with the players who bring so much joy and happiness to all of us by their exploits on the field of play.

“With the Fifa World Cup Qatar 2022 and Fifa World Cup Australia and New Zealand 2023 on the horizon, Fifa and FifPro recognise it is important to make a stand and to include what is monitored on social media with what is already being monitored in the stadiums.

“We want our actions to speak louder than our words and that is why we are taking concrete measures to tackle the problem directly.”

The report, which used artificial intelligence to track more than 400,000 posts on social media platforms during the semi-finals and final of Euro 2020 – England trio Marcus Rashford, Jadon Sancho and Bukayo Saka were abused after missing in the penalty shoot-out which decided the final – and this year’s Africa Cup of Nations, revealed more than half of the players involved were subjected to some form of discrimination.

Much of the abuse came from their respective home nation with 40% of it homophobic and 38% racist in nature, and the majority of it remains visible. The report also suggests the holders of 90% of the accounts responsible are identifiable and therefore their actions could be elevated to the social media platforms and police.

FifPro president David Aganzo said: “Online abuse is a societal issue and as an industry, we cannot accept that this new form of abuse and discrimination affects so many people including our players.”

Under the initiative, Fifa and FifPro will also provide educational support and mental-health advice to players during major tournaments.