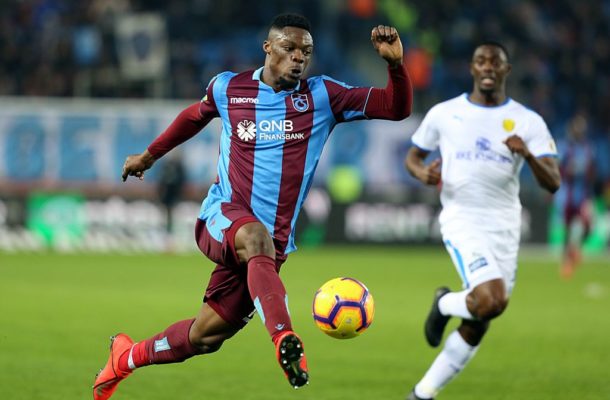 Black Stars striker Caleb Ekuban is more than closer to joining his team mates at club side Trabzonspor after undergoing physical therapy and rehabilitation in Italy.

The former Leeds United striker sustained broken foot injury after colliding with teammate Ivanildo Fernandes in training and has been on the mend for the past months.

Ekuban is on his way to full fitness after surpassing expectations with his rehab and is expected to start some light training alone before joining his team mates.

The Ghanaian striker has been a revelation for his Turkish side since joining from English Championship side Leeds Uited chipping in 5 goals from 7 matches and helping his team gain entry into the group stages of Uefa second tier competition.

He has scored 2 goals for the Black Stars in just 4 appearances and was the villain as Ghana crushed out of the Afcon 2019 in the round of 16 against Tunisia after missing his spot kick.