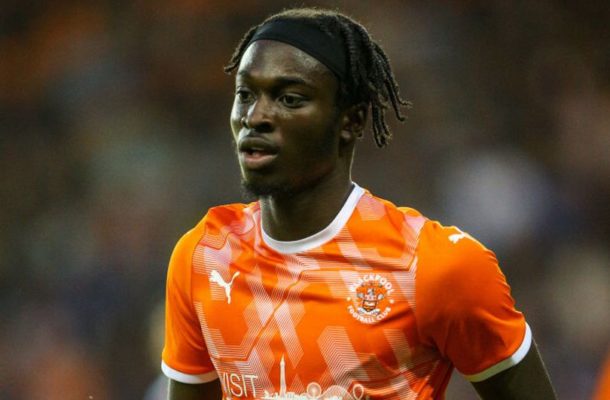 English-born Ghanaian midfielder Cameron Antwi has been released by English side Blackpool FC at the end of the 2021/2022 season.

He made just two  appearances for the Tangerines one of them in the Carabao Cup against Middlesbrough last season before Neil Critchley decided to release the midfielder who also spent time on loan at Southport and AFC Telford.