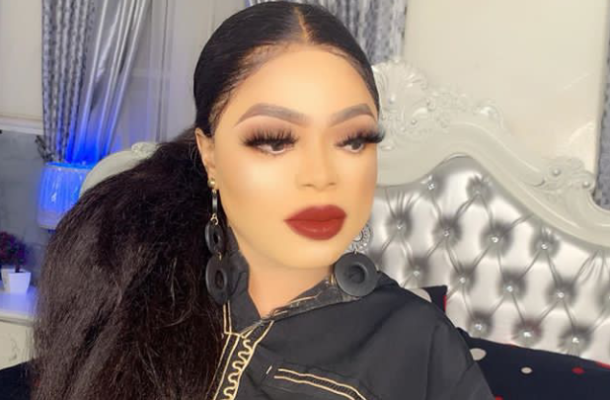 Crossdresser, Idris Okuneye, popularly known as Bobrisky, has taken to social media to react after a blogger called him out for refusing to pay for his housewarming cake.

A housewarming party was held on June 19, to celebrate Bobrisky's new house. However, a blogger named Gistlover has disclosed that the caterer who baked Bobrisky's cake claims the crossdresser has refused to make payment.

Prior to these allegations, Bobrisky took to his Instagram page to brag that he paid a whopping sum of N2 million for his five-tier gigantic cake.

Blogger, Gistlover, later shared a post of the caterer accusing Bobrisky of refusing to pay for the cake that cost N75,000 and not N2 million.

Reacting to the allegations, Bobrisky took to the comment section of Gistlover’s post and called the claim 'lies'.

He said the cake was made by a man and not a woman.

“And you all believe dis lies if hater was a person. It’s a guy that made my cake, not a girl stop fabricating stories. Omo I’m a threat to many people. A cake that I paid millions dis goat said 75k ode”, Bobrisky wrote.

See their exchange below: 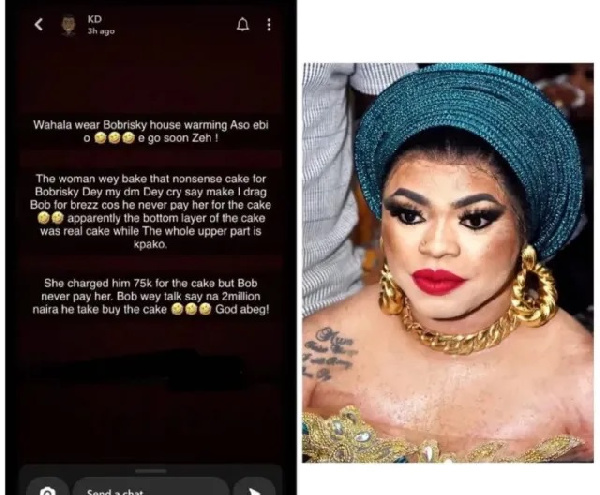 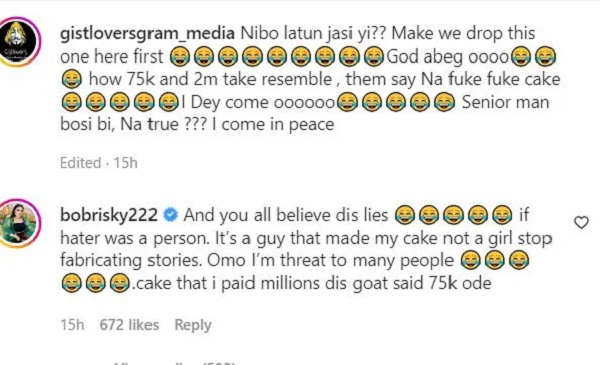