Border closure depriving us of necessities 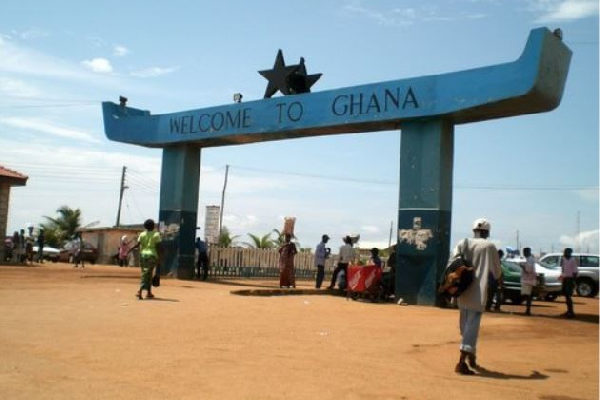 Residents in border communities in the Ketu South Municipality are lamenting the extension of the border closure by Government to contain COVID 19.

They said the closure, resulting in tighter security at unapproved routes along the Ghana-Togo Border was depriving them of access to food, water, and other necessities.

Ghana’s borders (air, land, and sea) which were closed from midnight of Sunday, March 22 for two weeks have remained shut after the President outlined stricter measures to contain and prevent the spread of COVID-19 in the country.

A visit by the Ghana News Agency (GNA) to communities on unapproved routes designated as “pillars” with no boundary separating them from Togo except for trees and bushes to serve the purpose, have security posts at vantage points to enforce compliance of no crossing.

At “Pillar 5”, Demadikope in the Duta Electoral Area, Madam Nyemebui Dzidotor, a trader said, “things are hard these days. We’re unable to visit our neighbours just around (Togo) for anything. Now we have to travel on these bad roads all the way to Denu Market for foodstuff, which are very expensive than those in Togo..."

Mr Sebastian Wonyra, another resident, said their situation was peculiar and it was important the Assembly did something so that the directive meant to prevent them from the disease did not end up killing them with hunger and thirst.

“A lot of people here cannot eat if they don’t go out into Togo for a day. However for the past weeks, the enforcement of this border closure, was having its toll on the people here.It has not been easy. Even drinking water, we fetch it from our neighbours in Togo because there’s no water here and the only well serving us here usually dries up quickly making access to water very difficult.”

Mr Elliot Edem Agnenorwu, Ketu South Municipal Chief Executive, said the Assembly was working to address the water challenge of the residents near the 'no-man’s land'.