Bride shocked to see monkey ring bearer at her wedding 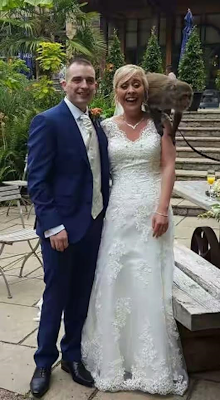 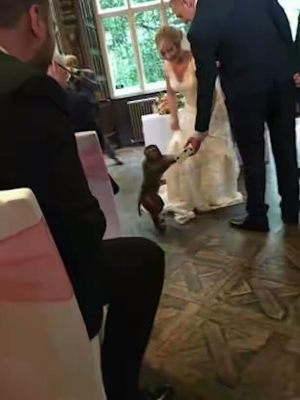 Natalie Biggins from the UK was shocked and amused to see an unexpected guest on her big day. As she stood at the altar with her man, a macaque rhesus monkey named Rosie appeared bearing the wedding rings and made straight for the best man, Chris Kean to hand over her precious gift.

The idea was the brainchild of groom, 30-year-old Jamie Richardson - also from the UK - who spent £2000 on the surprise, he said the cost was worth it just to see the look on the face of his beloved. He said:

“I had been thinking for ages about what little surprises I could do for the day and I thought a monkey was perfect. “You hear about people having dogs and even owls, but you never hear of monkeys. I get far too carried away when I get an idea in my head.”

“He loves surprises so I wasn’t surprised he had done something - but I didn’t think it would be a monkey. “It certainly added an extra something to the day, and I think my face in the video says it all.” 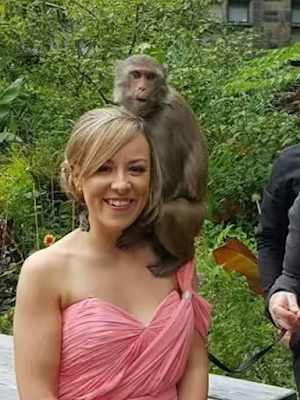 Jamie had to get permission from the hotel where the wedding held and from the local council before he could enlist Rosie's help.
He added:

“Loads of people had photos with the monkey and he even stole one of the prosecco ice pops. “It was absolutely brilliant.”