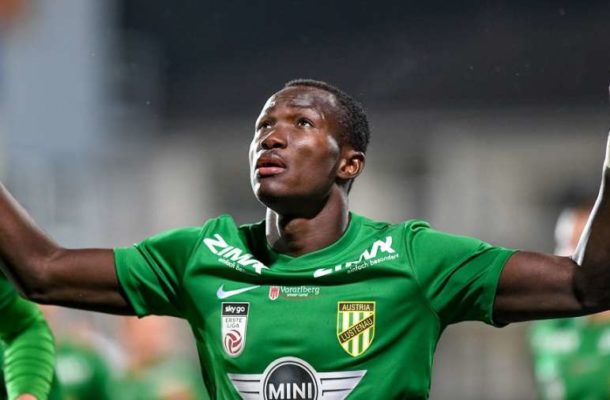 English Premier League side Brighton have rekindled their interest in FC Zurich forward Raphael Dwamena in the ongoing transfer window.

Last summer, Dwamena's transfer to Premier League outfit was all but a done deal, until the €13 million deal broke down in the last minute due to a failed medical.

However the Seagulls are ready to try again this summer as they look to bolster their squad ahead of the forthcoming campaign.

They face stiff competition from Lokomotiv Moscow and Espanyol who have also enquired about the availability of the Ghanaian international.

Dwamena has netted 21 goals in 50 games for the Zurich-based outfit, having moved to the Swiss outfit last year from Austria.