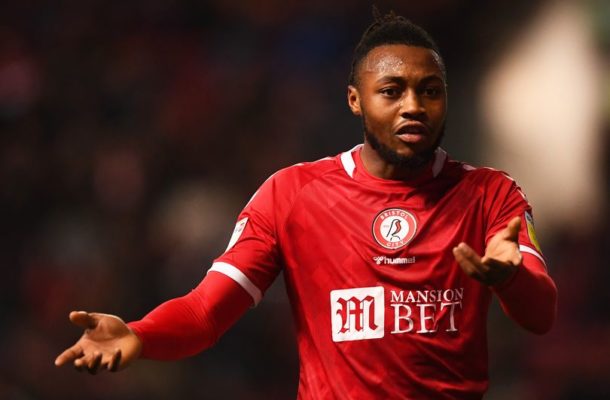 The exciting forward has been in demand as several clubs are on the  trail of the Black Stars new boy.

There  has been a lot of interest from the likes of Celtic, Nottingham Forest, RB Salzburg  among  several other clubs and  the club are keen to ward off  suitors with a new contract.

Bristol  City have  opened  talks with the  player and his entourage as  they hope to keep hold of their prizes  asset ahead of next season.

Bristol City have placed a 15 million euros price tag on the striker and will not accept anything less.

Antoine's agent Tony Finnigan has confirmed that Celtic had been in touch over his client.

"I had a conversation with Strachan who rang up to ask little bits of info on the player and a bit about how I found him and what he's like as a lad," Finnigan exclusively told Football Scotland.

He was handed  a debut call up to face Nigeria in the 2022 FIFA World Cup play offs but he missed the game through injury but made  his Ghana debut in the 2023 AFCON qualifiers opener against Madagascar.