British diver happy with green water change at the Olympics 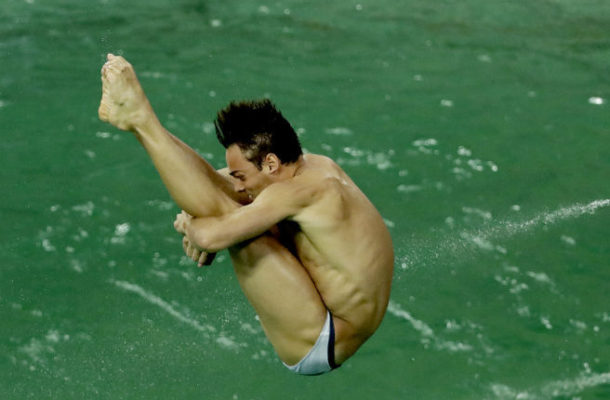 The recent controversy over the blue turned green water at the ongoing Rio Olympic games seem to be a bother to all but one person; Tom Daley.

Despite complaints by fellow acquatic participants over the strange turn-over of the state of the art diving pool at the Maria Lenk Aquatics Centre in Rio, the British diver claims it makes diving easier.

Speaking to Press Association Sport after a series of routine practices, the diver who doubles as a television personality suggested that it is even more difficult to see with the normal blue water colour as compared to the green colour insisting the water has been declared safe.

"We've been told the green water is completely safe".

"It's slightly strange to look at, with the water polo pool being crystal clear but the diving pool green. But it actually does make it easier for us to dive because normally, when you're spinning, it's difficult to see which way is up when the sky and water are both blue. So when it's green, it does make it slightly easier. It's nice and warm, too."  Daley who won the Men's synchronised 10 metre competition added.

Tom Daley and diving partner Dan Goodfellow have already won one bronze medal together at the games.