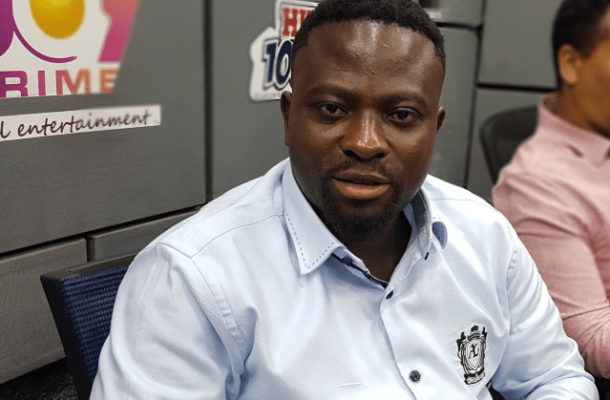 Ghanaian Gospel musician, Brother Sammy, has shared an agonizing ordeal from his marriage, on live television.

The Gospel artiste, who was a panelist on the March 19, 2022, edition of ‘United Showbiz’ on UTV, which was hosted by controversial comedienne, Afia Schwarzenegger, when he made a very startling disclosure about the current phase of his marriage.

According to the artiste, his wife had an ectopic pregnancy and in order to save her life, they had to get rid of the foetus.

“My wife came to Ghana and got pregnant. However, she had an ectopic pregnancy and the doctor said we needed to take the foetus out to save her life. I discussed it with her, and she agreed since that was the best for her life,” he disclosed.

The artiste said after his wife’s operation, he left the hospital with his daughter, trusting his wife in the hands of two of his aides.

Believing he left his wife in good hands, he said his aides rather polluted his wife’s mind into believing he was involved in a cult which is why she lost their baby.

Furthermore, he added that his aides told his wife that he took another woman home with him.

“I left my wife at the hospital in the care of two of the boys I live with and went home with my daughter. One of the guys I left my wife with told her I’m in the occult and that when I left the hospital I went to sleep with another woman in our matrimonial home,” he said.