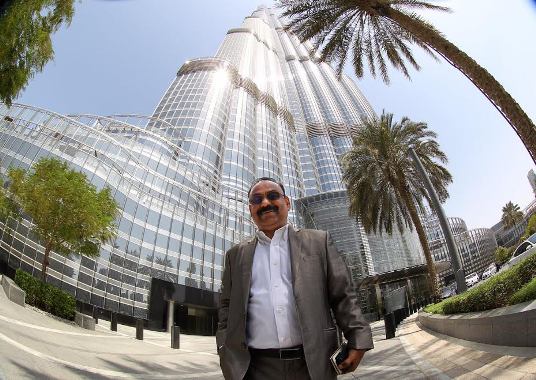 To say you own one apartment in the world's tallest building would be impressive. But to say you own 22, now that would just be hard to believe right?

Well believe it! Indian businessman George V. Nereaparambil is the very man who owns more than his fair share of the 900 apartments in the Burj Khalifa. He is thought to be one of the largest private owners within the building, but he says he's not stopping at 22. 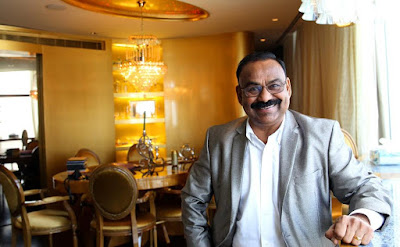 "If I get a good deal, I'll buy more. I am a dreamer and I never stop dreaming," he tells Khaleej Times from one of his 49th floor apartments in the iconic Dubai landmark.

With lavish gold decor covering the walls, floors and ceilings, the apartment is a good match for George himself.

Sharply dressed in a silver-toned suit with bright white shoes, he is every bit the successful businessman he portrays: Passionate, hardworking, but humble down to his core. George's impressive property resume all came about when a friend teased him about the 828-metre building. 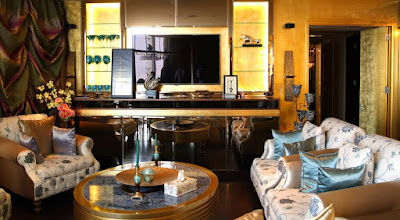 "A relative of mine jokingly told me: See this Burj Khalifa, you cannot enter it."

But George did more than enter it. After seeing an advertisement in a newspaper about an apartment for rent in the building, the Kerala-born businessman got straight on the phone.

"That very same day, I rented the apartment, and the next day I was living in it. That was in 2010."

Now, six years on with 22 apartments under his belt, he said five are rented, and as for the rest, he's "waiting for the right tenant". George first touched down in Sharjah back in 1976. The visit marked his first trip outside of India, but the expat was far from a naïve newcomer.

After realising there was huge scope for an air conditioning business in the hot climate of the desert, the mechanic-turned-businessman went about setting up the beginnings of his now mini empire, GEO Group of Companies. But this wasn't his first taste of life as a businessman. 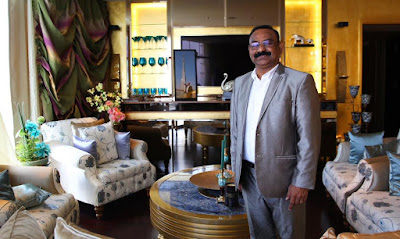 At the age of 11, George would regularly help his father trade cash crops.

Tasked with the job of transporting the materials to the market and bargaining with the traders, he juggled all this while still at school. With a taste for independent trading, the then young boy set up his own little side business too, making money from waste.

"People in my hometown used to trade cotton, but they'd throw away the cotton seeds. Not many people knew at that time that you could make gum from those seeds."

Sifting through the dirt and sand to gather up the disregarded seeds, George said he'd often make a "90 per cent profit selling them on".

"I'd do the same with tamarind seeds too. I'd sell the empty shells on as cattle feed."

A true rags to riches story, George has not let his success get to his head - nor the fact that he owns a huge chunk of one of the world's most popular landmarks. For me, learning is the biggest wealth. I continue to learn every day, this is my biggest success. People should dream, people should learn, and then people will achieve."

From as young as 11, George has been a champion of utilising waste.

His next big plan is to build a canal from Trivandrum to Kasarakod, and he's inviting others to step forward and help make his dream a reality.

"This canal will give back to nature. Whatever water will come from the forest nearby, we will produce electricity from it. We will also use the water to cultivate vegetables, and I plan to section off a small part of it so that fisherman can cultivate fish. We will also use the slurry as fertiliser. "My hobby is to buy land and I want to make use of every single part of that canal."