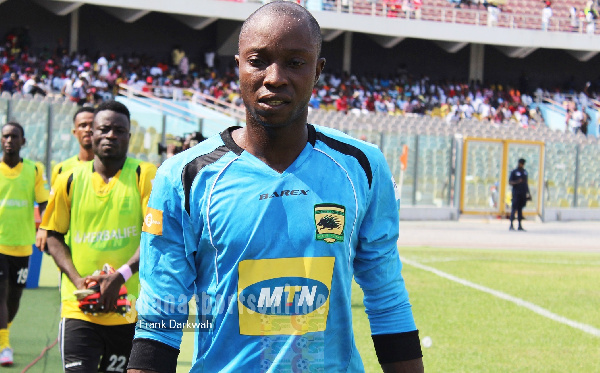 Former Asante Kotoko, AshGold SC goalkeeper says that if he did not play football he would have ended up working in the lord's vineyard as a priest.

The former player featured for various clubs in the Ghana Premier League for more than a decade winning various laurels before hanging up his gloves.

During his playing days he featured for Asante Kotoko, AshGold SC, Dreams FC before calling its quit.

Isaac Amoako currently works for lower tier side Nsoatreman FC and is also the goalkeepers trainer for the national U-15 team.

Speaking in an interview with Koforidua based Aben FM, Isaac Amoako opened up on his career and disclosed he would have been a pastor if not for football.

“I did not struggle much at the beginning of my career because I lived in a Roman Catholic Mission House. I stayed with Pastors and so at a point they realized my passion for football was immense. So, one of the fathers, Rev John Nkrumah decided to help me achieve my dream of becoming a professional footballer”

He continued that, “I got the support at the beginning of my career. My dad when I was a child, so my mum relocated to Kintampo that made me move to the mission house”

“The pastors wanted me to attend a theological school but they realized my passion for football and supported me. If not for football I would have become a pastor” he said.