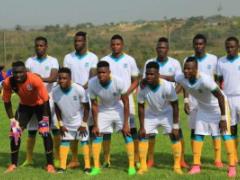 All Stars needed a late penalty strike from Saddick Alhassan to edge Aduana Stars 2-1 at home to clinch their first ever Premier League crown.

And experienced attacker Paul de Vries Asare says the prospect of playing in Africa elite inter-club competition served as an intrinsic motivation for his team.

"Going to compete in the CAF Champions League was our motivation going into the game against Aduana Stars" he expressed.

"Playing in the continental showpiece will give us exposure to the rest of the World.

"We hope to get overseas contracts through the CAF Champions League".