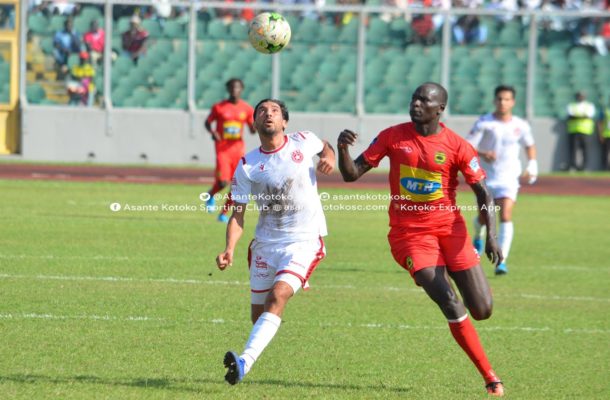 Asante Kotoko moved a step closer to the Group stage of the CAF Champions League after defeating Etoile Sportive du Sahel on Sunday.

The Porcupine Warriors secured a comfortable 2-0 advantage in the first leg which was played at the Baba Yara Stadium.

The Ghana Premier League giants got off to a flying start through Augustine Okrah who curled in a free kick from just outside the box in the 3rd minute.

Ten minutes into the second half, Richard Arthur beat the offside trap to hit in the ball beyond the reach of the stretched Etoile goalie.

Despite Etoile’s best effort to get a much needed away goal, Kotoko’s resolute defense managed to keep them at bay.

The return leg will be played on 27 September, 2019 at the Stade Olympique de Sousse.