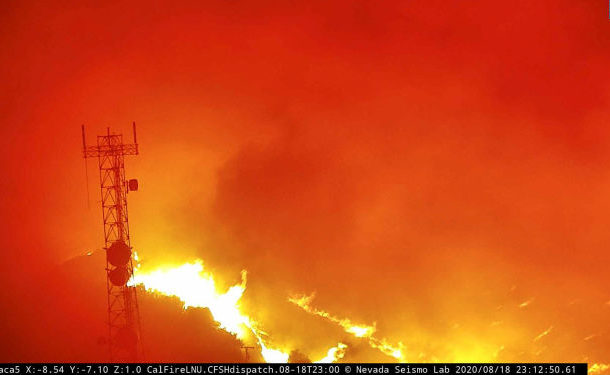 Since mid-August, California has seen over 900 wildfires, which have now burned over 1.6 million acres. The situation prompted US President Donald Trump to approve a major disaster declaration for the state on 22 August.

California Governor Gavin Newsom declared a state of emergency in five counties on Sunday amid powerful wildfires that have already claimed eight lives. The list of counties includes Fresno, Madera, Mariposa, San Bernardino, and San Diego.
According to a Sunday update from Cal Fire, nearly 14,800 firefighters are battling 23 major fires and lightning complexes across the state.

​The state recently dealt with the Creek Fire that burned about 45,000 acres (18,210 hectares), prompting mass evacuations.