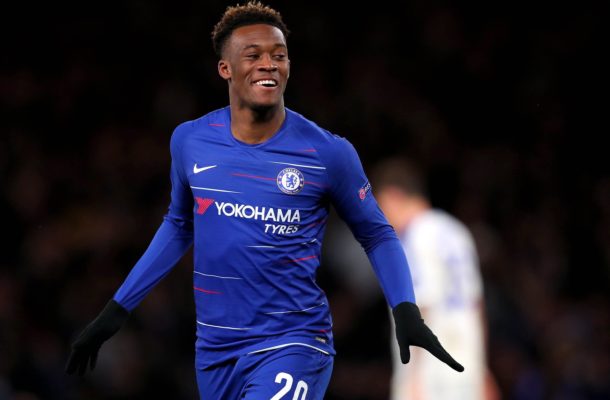 Sportsmail revealed last week that the Blues academy graduate was in advanced talks over a five-year deal, worth in in-excess of £100,000-per-week.

And it is understood an agreement has now been reached, with Hudson-Odoi and his representatives informing Chelsea that they are happy with the terms.

Chelsea are currently completing the legalities connected to the new contract - with Hudson-Odoi due to sign once the formalities have been ratified.

The news will come as a huge boost to the club and newly appointed head coach Frank Lampard, who's made no secret of his admiration for the England international - who is recovering from an Achilles injury.

Hudson-Odoi's future had looked uncertain with his current deal due to expire at the end of next season.

But the arrival of Lampard, who has vowed to trust in the club's youngsters, appears to have played a key role in Hudson-Odoi deciding to stay.

Meanwhile, Hudson-Odoi's academy colleague Todd Kane is wanted by Middlesbrough, while Dujon Sterling is set to join QPR on loan.