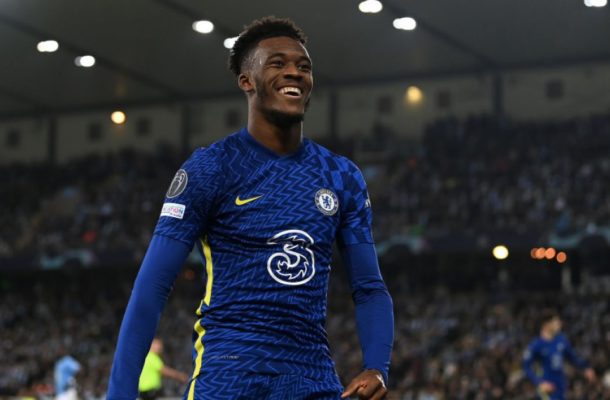 Ghana target and Chelsea winger Callum Hudson-Odoi has been named as the most creative player in the UEFA Champions League this season.

According to football statistical website whoscored.com, the Chelsea winger creates a lot of chances frequently than most of the household names  in world football.

Odoi creates goalscoring opportunities in every 24 minutes as compared to Kevin De Bruyne, Neymar, Leo Messi and Thomas Muller in the Champions League this season.

He had endured a difficult start to the season but has hugely benefitted from the injury to Romelu Lukaku, Timo Werner, Christian Pulisic and Mason Mount as he is now an automatic selection for Thomas Tuchel.

Hudson-Odoi recently gave a sumptous assist for Chelsea's only goal against Malmo in their last Champions League game which was scored by Hakim Ziyech.