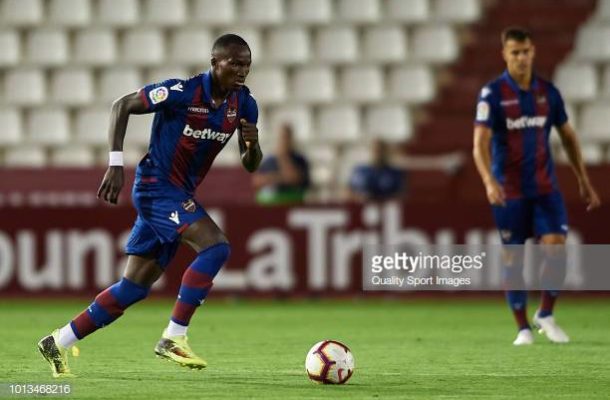 Raphael Dwamena left his mark on his debut in the Spanish top-flight on Friday as the late substitute set up the final goal in Levante's 3-0 hammering of Real Betis.

The Ghanaian international came on the match in the 90th minute but had enough time to squeeze in a pass for two-goal hero Morales to score his second goal of the night.

The attacker came on in the 90th minute for Jason and laid the pass for Morales to give them the emphatic 3-0 away from home in the first league match of the season.

His performance in the short period of time has sparked hopes that he would be a key player for Levante when he fully settles.

It was Dwamena's first game since joining them two weeks ago from FC Zurich.