Can Liverpool Dominate the Premier League for a Decade? 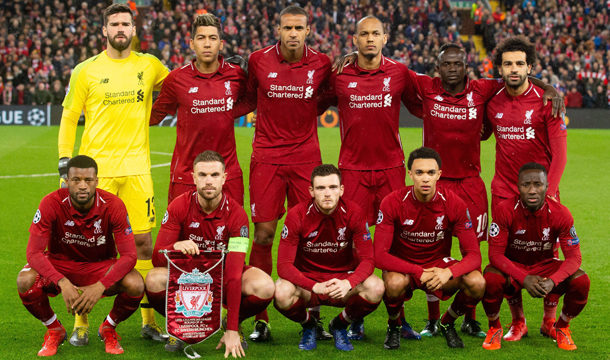 Whether you will support Liverpool or not, everyone will agree that they have completely dominated the 2019/20 Premier League season.

At the start of a new decade, it is often a great time to look forward at what might possibly happen in the future.

With Liverpool dominating things and looking to be set up for a number of years, the question has to be asked, can they dominate the Premier League for the entire decade?

In terms of the team right now, it is full of quality and perhaps more importantly they have star+ players who are only just reaching their prime years.

With those players having no reason to leave plus the likelihood that they will spend further in years to come, this could be a real chance for Liverpool to shine.

A Lesson in Squad Building from Jurgen Klopp


The way that Liverpool have put their squad together is mainly down to boss Jurgen Klopp.

He wanted to make Liverpool fun to watch so brought in what is now one of the best front three’s in the world in Mo Salah, Sadio Mane and Roberto Firmino.

From the moment they proved themselves, it was a case of plugging holes and filling gaps. Those were expensive, with goalkeeper Alisson and defender Virgil Van Dijk joining the club for big fees.

However, alongside being expensive, they were also the final pieces in the puzzle.

Liverpool came close last season, finishing second behind Manchester City and only losing out on the final day of the season.

This season has seen them completely dominate from start to finish, with no one getting near them at any point during the season from a very early stage.


With such a fantastic record this season, it is easy to see why those placing bets on them to win have been happy. Few have managed to stop Liverpool in any competition, which is why many people have been celebrating winning betting slips with them involved.

However people bet, whether it is on individual games or outright to win competitions, there will no doubt be many people betting on Liverpool and cheering them on for years to come.

Some betting sites in the UK offer free bet tokens to their customers and these can be used across many sports including football.

One strategy to use when receiving these is to find a banker that you are very confident will win and Liverpool certainly fall into that category for most weeks of the season.

For many punters, Liverpool have been the first selection in accumulator bets this season and things are unlikely to change for the next few seasons.

Is Anyone Capable of Challenging Liverpool?


The battle at the top of the Premier League has always been interesting to watch, with six top teams making up a competitive top six full of quality.

However, what we have seen during the 2019/20 season is Liverpool pull away from the pack. Manchester City have tried to follow them but haven’t been able to, although they have pulled away from other teams.

Leicester have joined in to give us a top seven but teams such as Manchester United, Arsenal and Tottenham have all taken backward steps this season.

While ever they are doing that, and Manchester City are facing potential trouble due to a European ban, there is little chance of anyone being able to catch Liverpool and give them a challenge.

With Jurgen Klopp’s men on the rise and many others struggling to make inroads, a combination of the two looks set to make Liverpool multiple title winners.