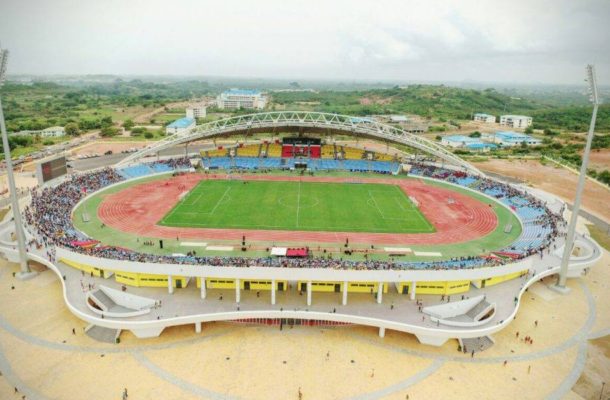 The recently-commissioned Cape Coast Sports Stadium hosts the governing National Democratic Congress' (NDC) as the 24 years old political party launches its campaign for the 2016 presidential and parliamentary elections  without the party manifesto.

As at Saturday evening, members of the party’s Planning Committee were busily putting few finishing torches to get the venue in shape for  Sunday's event.

Some principal streets of Ghana’s first capital town has been decorated with the NDC colors while party faithful from all the ten regions of the country have started arriving with their parliamentary candidates in branded cars.

With this campaign launch, the NDC becomes the first party to kickstart political campaigning after it main competitor, the opposition New Patriotic Party (NPP) postponed their manifesto launch last week.

President John Dramani Mahama is expected to launch the campaign which will be followed by the introduction of the parliamentary candidates to the party supporters.

Security is expected to be tight as police and soldiers were busily mounting scanners and other security installations at vantage points in the town as well as inside the venue.

Ghanaguardian.com shares some photos at the 15000 capacity stadium which was commissioned on may 3 2016. 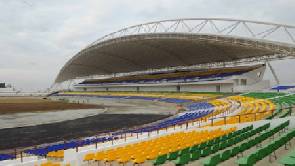 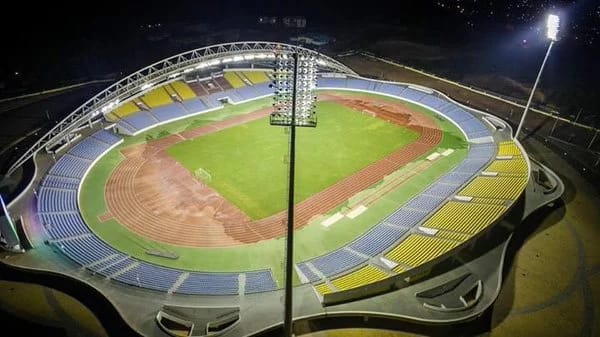 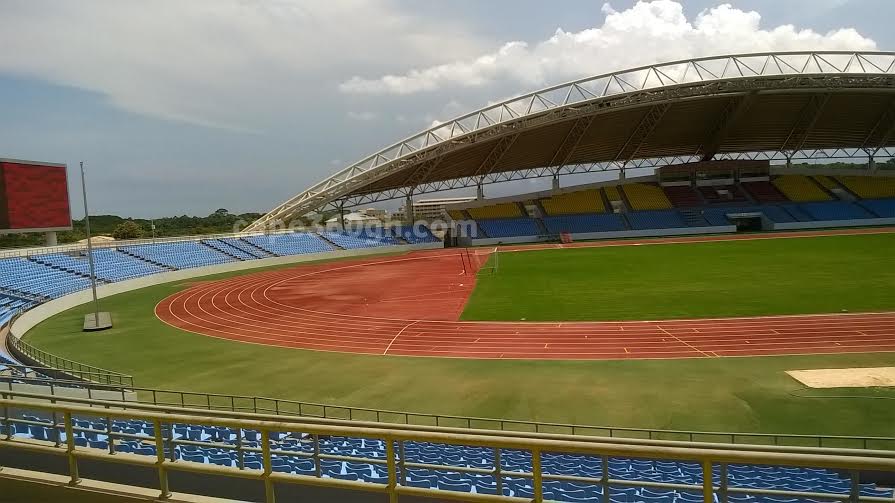 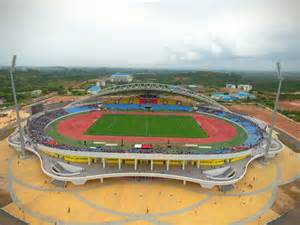