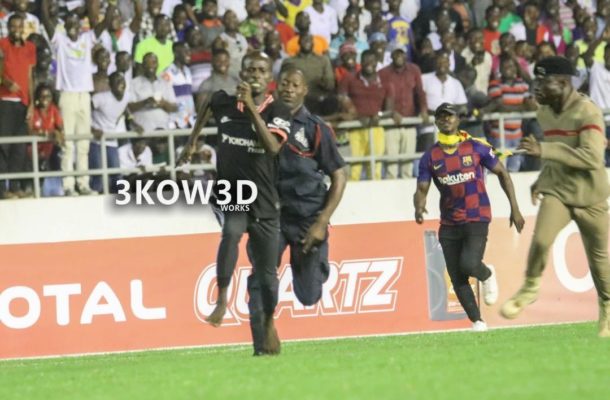 The football fan who invaded the pitch at the Cape Coast Stadium during Ghana’s clash with South Africa is currently being detained police custody in Cape Coast.

The pitch invader, identified as Awal Suleman ran the length of the pitch towards the closing stages of Ghana’s 2-0 win over South Africa in an AFCON 2021 qualifier on Thursday night.

While fans inside the stadium and those watching on TV found the incident amusing, the pursuing security officials certainly did not, as one fire service personnel fell over during the chase. 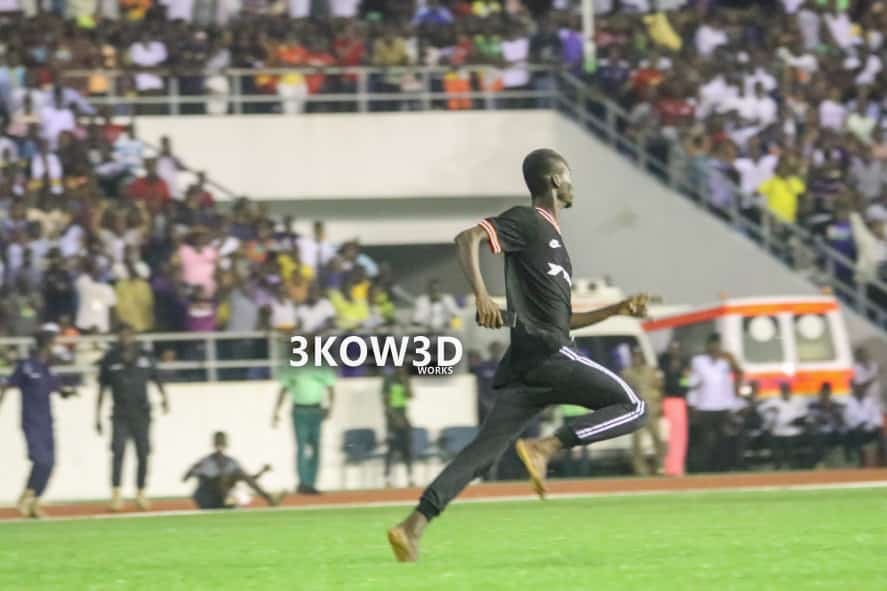 However, the 25-year old was eventually overpowered and taken to the University of Cape Coast police station where he is currently being detained.

According to Citi Sports, DSP Awal Mohammed, Commander for the UCC District Police has revealed that Mr. Suleman was being processed for court and is most likely going to be charged with disturbing public order.

Meanwhile goals from Thomas Partey and substitute Kudus Mohammed in either half gave Ghana a 2-0 win over the Bafana Bafana in the opening game of their AFCON 2021 qualifying match.

The Black Stars are currently I back in Accra preparing to travel to Sao Tome and Principe for the second qualifying game on Monday November 18, 2019.