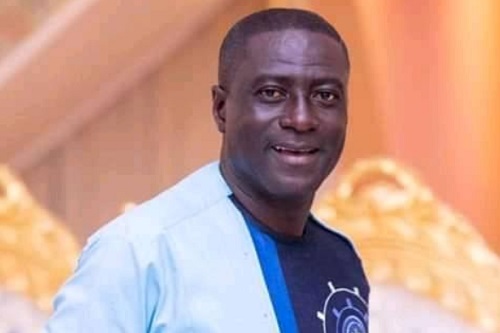 The founder and leader of the Ghana Union Movement (GUM), Christian Kwabena Andrews also known as Osofo Kyiri Abosom, has said that he will only work with 30 ministers when he becomes President.

In an interview on ‘An?pa B?fo?’ Morning Show on Angel FM, the man of God said he does not think there will be the need to appoint many ministers to manage a small country like Ghana when he becomes President.

“I will work with only 30 Ministers and there will be no appointment of Deputy Ministers in my government when I win the presidential seat,” he said.

The founder and General Overseer of the Life Assembly Worship Center revealed that he will appoint Abubakar Boniface Siddique, Minister of state at the office of the Vice President and a former Minister for Inner Cities and Zongo Development, Captain Smart, Morning Show host at Angel FM, a subsidiary of Angel Broadcasting Network and Yaa Kyeraa, a newspaper reviewer at Angel FM as ministers.

He further revealed that he appointed Alhaji Abu Grant Lukman as his running mate mainly because he wanted a Muslim who feared God and also because he had political affiliation with the late Kwame Nkrumah CPP government.

The GUM presidential candidate on Tuesday, October 6, submitted his documents together with his running mate, Alhaji Abu Lukeman, ahead of the December 7 polls.