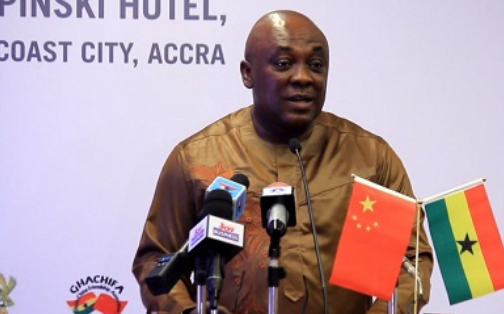 It has emerged that driver of former Deputy Minister of Trade and Industry, Carlos Ahenkorah has also tested positive for the infectious Covid-19.

This comes in the wake of the Tema West MP’s decision to defend his decision to step out and monitor the ongoing voter registration exercise despite also testing positive for the virus.

Mr Ahenkorah who was discharged and asked to self-isolate at home, said he toured some registration centres in the Tema West constituency on Tuesday, June 30, 2020, to see how the process was going after knowing his status.

His conduct, which many have described as reckless, he explained, was based on advice given by his doctors.

The MP who said he was extremely careful during his interactions with people at the centres also said he was there with his driver who has also tested positive.

“I am asymptomatic but my driver has also been tested for Covid-19 and it’s positive. He just drove me to the centre, he didn’t get out of the car with me,” he explained.

Mr Ahenkorah has since resigned following a huge public bashing he received for his action.