‘Carry The Sick To Polling Centers’ 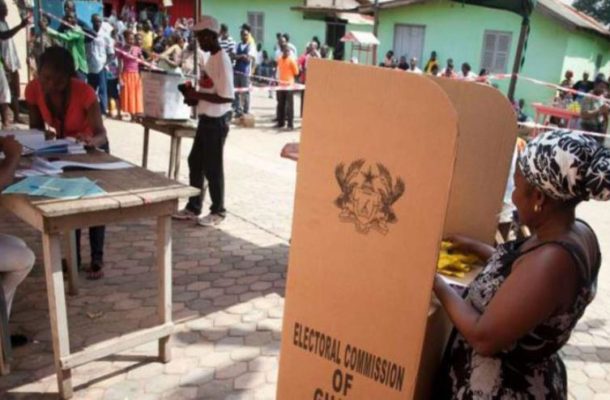 NATIONAL DEMOCRATIC Congress (NDC) supporters in the country have been given a difficult task to carry sick people in their communities on their back to polling stations on the election day to vote.

Kofi Portuphy, National Chairman of the NDC, believed that massive patronage of the December 7 election would result in an electoral victory for the NDC to retain political power and remain in government.

According to him majority of the people are satisfied with the performance of President Mahama therefore they would give their mandate to the NDC to sustain their splendid works.

“I appeal to all NDC members across the country to carry sick and weak people in your communities to the polling stations so that they too can exercise their franchise on the day of voting”.

He was addressing scores of NDC supporters during the ruling political party's manifesto launch, which was launched at Sunyani, capital of the Brong-Ahafo Region on Saturday.

Mr. Portuphy also entreated NDC members to be courageous by visiting the polling stations in their numbers on December 7 so that the party could win a comfortable victory at first round.

He said no amount of threats and intimidations should prevent NDC members from going out to vote for President Mahama to continue leading the country to the Promised Land.

The NDC national chairman described the New Patriotic Party (NPP) as a divided political party, which is not ready to steer the affairs of the state so they should not be voted for.

According to him, Ghana would retrogress if the electorates made a mistake by voting for the NPP in the upcoming elections, stressing that the NDC deserved another term in political office.

Mr. Portuphy admonished NDC supporters to volunteer by spreading the contents in the NDCs manifesto so that the electorates, especially the floating voters, would vote for the NDC to retain power.