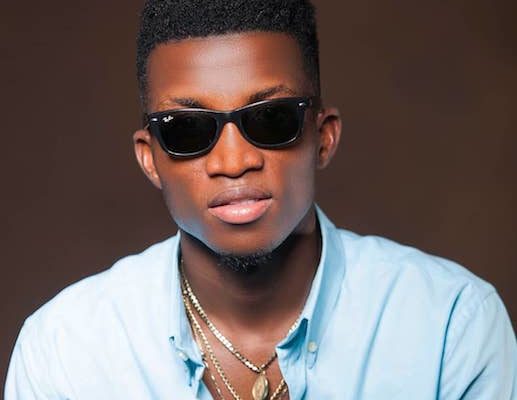 Ghanaian musician Martin King Arthur widely known as Kofi Kinaata has made a startling revelation on an event that happened on his birthday this year.

The 'Sweetie pie' hitmaker explained that he received an anonymous call from a person who sounded exactly like missing Ghanaian musician, Castro de Destroyer.

Speaking on AccraFM on Thursday, 11 July 2019, Kofi Kinaata indicated that he was startled by the incident that he dreamt about Castro four times after he received the strange call.“Since then I have also had a dream about him four times”, he said.

Five years ago on July 6, 2014, news broke that musician Castro and Janet Bandu had gone missing while jet skiing in Ada.

The two had gone to Ada in the company of Black Stars striker Asamoah Gyan and other friends for a getaway.

Following the disappearance of Janet and Castro, a joint rescue team made up of the Marine Division of the Ghana Police Service, local divers and other security forces embarked on a rescue operation, but their attempts failed as the two were never found.

Per Ghana’s laws, however, the two, who have still not been found, can only be declared dead after seven years.Speaking about the missing musician and his friend five years on, Kofi Kinaata said: “My wish is to see Castro again to explain where exactly he went because people are talking too much about his disappearance. If he comes, he can tell us what actually happened”.“As we speak, we all don’t know what happened and how he got missing, it is only God who knows. Now we can’t also say whether he is dead or alive; if he returns from wherever he is, I am sure he will tell us what happened. If he doesn’t also return, then we take it like that,” the Adam and Eve hitmaker said.