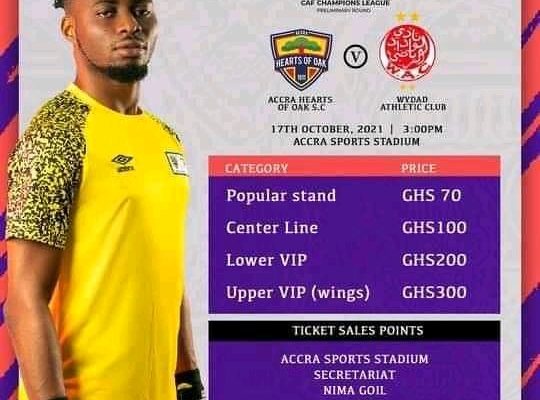 Accra Hearts of Oak have announced gate fees for their CAF Chamapions League clash against Wydad Athletic Club(WAC) at  on Sunday.

The Phobians host  the Moroccan side at the Accra Sports Stadium for the first leg on the group stage play-off encounter.

A limited number of 2,000 spectators had been approved to  attend the national stadium after CAF gave go ahead for Hearts to admit fans.


According to the club, sales points for tickets are Accra Sports Stadium, the club’s secretariat, Nima Goil Station, and 37 Goil filling station.