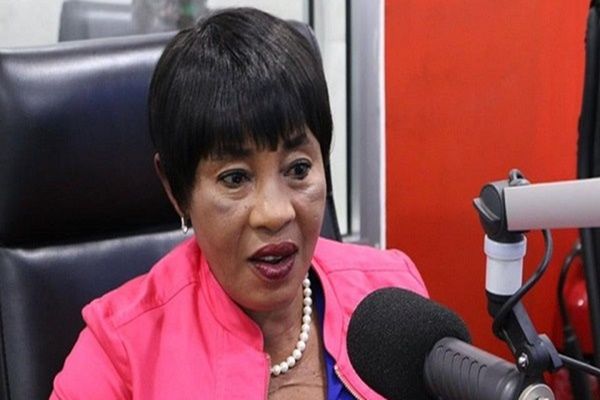 The traditional marriage ceremony between Deputy MASLOC boss, Maame Afia Akoto, and the Deputy National Organiser of the NDC, Chief Hamilton Biney came off in Accra on Wednesday.

The political affiliations of these love birds - NDC and New Patriotic Party - did not stop them from making their relationship official, but some have disagreed with their union.

NDC’s Atubiga has been ranting on radio calling on the party to with immediate effect relieve Chief Biney of his post to ensure a victory for the party in the December 7 polls.

But Anita DeSoso said the brouhaha surrounding their marriage is “unfortunate” since the two political parties are not enemies.

“Love goes where love likes,” she said in an interview with NEAT FM’s morning show ‘Ghana Montie’ expressing her happiness for the two love-birds.

Anita, however, believes the timing of the marital union in an election year is likely to "worry” the NDC.