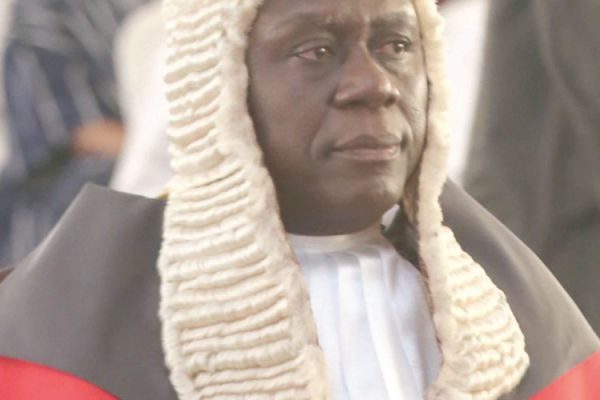 The Chief Justice of the Republic Ghana Justice Anin Yeboah will himself lead the bench that will hear the election petition by former President John Mahama.

In all, seven justices of the Apex court will be hearing the case. In 2012, the then sitting Chief Justice Georgina Theodora Wood was not part of th bench that heard the petition of the then NPP Presidential candidate Nana Akufo-Addo.

Meanwhiel, the Supreme Court has granted Mr. Mahama’s leave to amend the errors in his Election Petition. Lawyers for both the President and Electoral Commission of Ghana (EC) opposed the motion for the amendment.

The Apex Court, however, held that the amendment will not in any way affect the Election Petition and accordingly granted it.

The Supreme Court ordered the Petitioner to file the amendment by close of day today and the Respondents are to do so Friday, December 15, 2020.

The Court has adjourned to next Tuesday for the pre-trial.

Mr. Mahama was in court for the hearing today.

Meanwhile, the 2020 election petition will be broadcast live on television following a Supreme Court ruling on Thursday.

The Supreme Court gave the ruling during a preliminary hearing of the case today.

Lawyers of Mr Mahama had argued live broadcast of the proceedings will be in the interest of the state. The court also heard an application by the petitioner to correct some mistakes in his suit.

The opposition NDC on December 30, 2020 filed a petition at the Supreme Court challenging the outcome of the presidential elections.