Chief of Staff's aide stopped me from apologizing - Afia Schwarzenegger 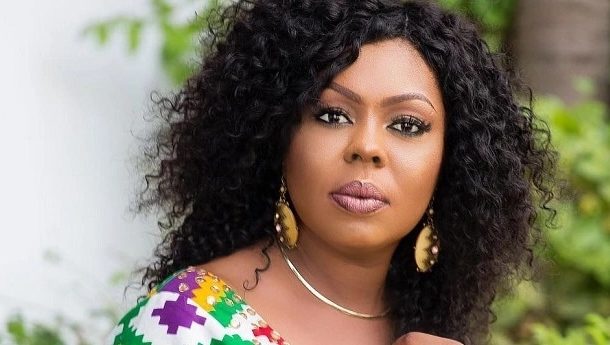 One can recall, that Afia Schwarzenegger and Mrs. Frema Osei-Opare were subjected to public attacks, especially from some New Patriotic Party (NPP) foot soldiers who protested against the government over wasteful use of state resources and claims of abandonment.

The NPP foot soldiers, while lamenting, also asserted that the party has turned its back at them, but one of its highest officials was able to furnish Afia Schwarzenegger with a whopping GH¢50,000 as a funeral donation.

But Afia who admitted to lying about the Chief of Staff’s donation has disclosed her ‘lips was forcefully sealed’ from clarifying her false statement.

She established that Mrs. Frema Osei-Opare’s personal assistant, identified as ‘Protozoa’, asked her not to address the false claims, adding that it will die down on its own.

“I didn’t do it with the intention that it will make foot soldiers angry. Even after sharing the video, Protozoa who is the Personal Assistant to the Chief of Staff called and asked me not to apologize and that it will die a natural death. However, that was not the case. Later they issued a rejoinder when matters were getting worse.

"He was able to issue a rejoinder but prevented me from speaking. Why would you prevent me from clearing the air only to later issue a rejoinder later and make me look like the bad one?” She stated on UTV’s United Showbiz.