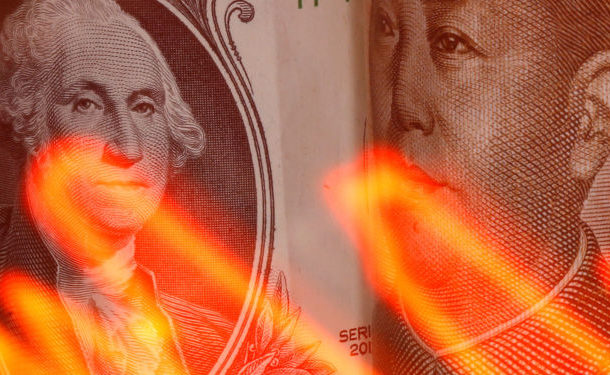 As of today, the renminbi's (RMB) share in global payments and central bank reserves stands at about 2 percent, but it could make up 5 to 10 percent by 2030, according to the forecast.

In 10 years, China's yuan could become the global third-largest reserve currency after the US dollar and the euro, a report by Morgan Stanley indicates.
China's market has become even more attractive for global investors, including those from the US, during the coronavirus pandemic, CNCB reported earlier. According to Morgan Stanley, the annual portfolio inflow to China will reach $200-300bn in the next decade.

"We expect private and reserve managers will generate more than US$150 billion in total portfolio inflows to China in 2020, for the third consecutive year, highlighting the transformations underway. The annual inflow should reach US$200-300bn in 2021-30", the report said.

By the end of 2021, the yuan will strengthen to 6.6 yuan against the US dollar, according to the report.

"[The forecast] is not unrealistic in light of the financial market opening in China, the growing cross border capital market integration we see across equities and fixed income and an increasing proportion of China's cross-border transactions being denominated in RMB", Morgan Stanley international strategist James Lord said in the report.

However, the report mentions risks that could hamper the yuan's globalisation, including the relatively slow opening up of the economy to foreign investment and the escalation of US-China tensions.
Bloomberg earlier reported that China was pushing the yuan globally, citing an economist who said that Beijing is in search of a global alternative to the American dollar amid political uncertainty. Given fears among Chinese officials that the US may decide to freeze Chinese financial assets, Beijing is interested in globalising its national currency.