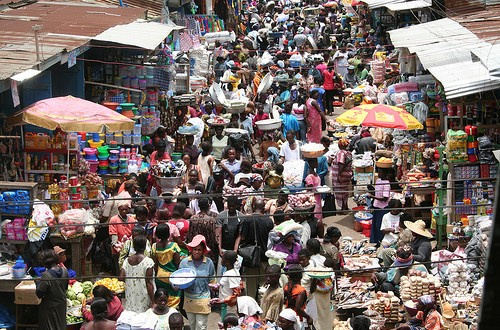 Some traders at Makola Market were hopeful that business activities will pick up on Christmas day.

It was rather the contrary. According to them, most people were buying the usual stuff that they use to buy, hence there was no difference in the sales that they were making.

Naa Mary Brocke, a dealer in Wax Print told the GNA that business was slow; looking at how people patronize wax prints during the festive occasions.

She said in previous years, people came to shop for wax print and around this time, there would be a lot of them crowded in the shop, but the number has reduced.

She said those, who even pass through the shop complain there was no money, because the COVID-19 pandemic had impacted their work.

Naa Brocke was quick to add that even though there were a number of marriages that occur this year, where cloths were part of the dowry, preparations were made ahead.

Madam Georgina Mensah, who also sells Wooden Products said this year’s patronage of her goods was bad, adding that even salaried workers were also complaining.

She said people had also resorted to buying already made clothes rather than buying and sewing cloths.

Madam Veronica Ansah, a trader, who sells already made clothes said, business was okay, because people nowadays prefer to buy her product rather than going to buy cloths to sew.

She expressed the hope that more people would patronage her goods to enable her get money to pay school fees, if eventually the schools reopened.

Some of the traders said though some of the prices of clothes and shoes had been maintained and in some cases decreased to attract more buyers, there had still not been any improvement in the sales.

Ms Patience Kumah, who sells local spices, said business was not bad but was expecting it to pick up by the New Year.

She said, in previous years, people used to buy different types of spices to the tune of about GHC50 or more to go and blend them at the local blending shops within the market but now most of the people who were buying the spices were buying in smaller quantities.

Mr Moses Amoah, a phone dealer at Kwame Nkrumah Circle told the GNA that patronage for phones and its accessories were low, indicating that it was difficult to even sell the product.

He said people were good at just doing window shopping without purchasing anything.

During the last days to Christmas, the GNA observed that there were a lot of people in town doing window shopping but not actually buying.