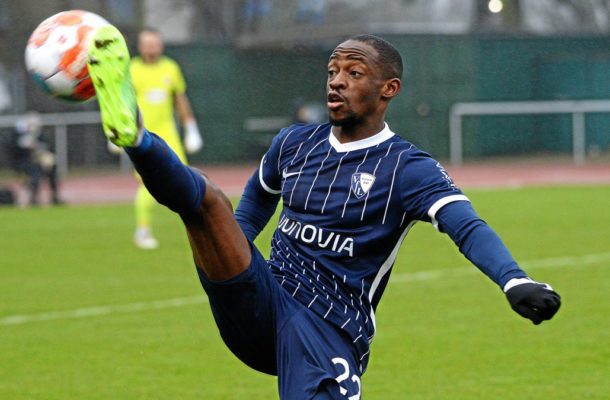 German based Ghanaian winger Christopher Antwi- Adjei has been handed a call up to the Black Stars ahead of the friendly matches in Japan for the Kirin Cup.

For professional soccer player Christopher Antwi-Adjei (28), the season in the Bundesliga is over, but the native of Hagen still has no time for vacation: he is taking part in the Kirin Cup with the Ghanaian national team - and may soon meet his team-mate from VfL: At least the game between Ghana and Japan, where Bochum's Takuma Asano has been called up by Japan, is scheduled for June 10th.

The Japanese national team will prepare for the traditional tournament with international matches against Paraguay (June 2nd, in Sapporo) and Brazil (June 6th, Tokyo).

Ghana, on the other hand, still have two African Cup of Nations qualifiers to play against Madagascar and Central African Republic.

However, Christopher Antwi-Adjei will only play for Ghana in the games in the Kirin Cup.

Both matches will be played in Osaka on 14 June. The Kirin Cup is an annual invitational football tournament organized by the Japanese brewery Kirin Brewery.

Antwi-Adjei was called up to the national team for the first time in 2019 : he made his debut in qualifyiers for the Africa Cup .

The then 25-year-old came on for Samuel Owusu in the Black Stars game after 72 minutes against Sao Tome and Principe.