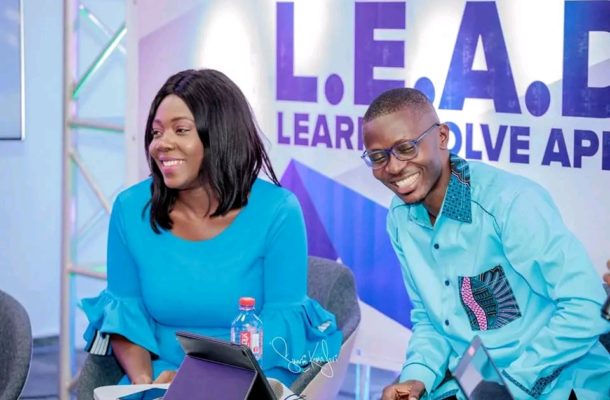 Although details of what actually caused Justine's death are still sketchy, sources say she collapsed and was later pronounced dead at a health facility in the capital, Accra.

The sad news reportedly occurred on the evening of Wednesday, August 3, 2022, at a time Bernard was preparing for his Point of View news analysis program.

Bernard, who is also the General Manager of Citi FM married Justine in 2011; and together they have 4 children in their 11-year journey.

Tributes have started pouring in for the late Justine Avle as loved ones and colleague journalists troop into the various social media platforms to commiserate with Bernard and his family.

John Ekow Mbir Amoah 1 week ago
Ben, have my sincere and utmost condolences. May God Almighty strenghten you in this turbulence.