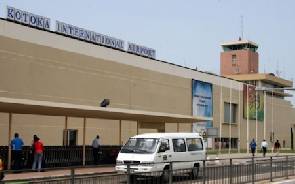 The Ghana Civil Aviation Authority (GCAA) is to place a Safety Charge of US$ 10.00 on passenger tickets for international flights and $20.00 per tonne of international cargo.

The Authority said the new GCAA Amendment 2016, Act 906 has empowered the Authority, as an autonomous body, to charge for the services it renders and based on the recommendations of an International Civil Aviation Organisation (ICAO).

Speaking at a stakeholders’ forum to highlight the provisions of the Amendment Act, which amends some portions of the GCAA Act 678, Mrs Joyce Thompson, Director Legal Services, International Affairs and Corporate Communication of the GCAA, said the safety charge will be placed on all air tickets and freight charges.

It is, however, not sure if the new charges can be implemented on the said date as the Authority is yet to meet with the international airlines involved to discuss the move and address their challenges.

She said the GCAA was likely to meet with the Board of Airlines to discuss the said charges before it is implemented.
 
Mrs Thompson said the new Amendment Act also presents harsher punishments for infringement of the Act, or any Directives or regulations set by the Director-General under the GCAA Act, with the maximum penalty units increased from 30,000 penalty units to 300,000 penalty units.

This means that those who infringe any of the provisions of the Act or Directives face fines of a maximum of GH? 3.6 million.

She said the scope of people to be licensed by the GCAA has also been expanded, under Section 235 of the new Act and this includes cabin crew, flight and ground engineers, air traffic safety and electronic personnel as well as all personnel engaged in aircraft operations and allied aviation services.

“If they do not carry licenses issued by the authority, they will not be permitted to discharge their functions” she said.

She added that in line with Section 29 Sub 2 of the Act, which addresses security at the airport, the Ghana Airport Company and all security profiling firms will be required to have their staff licensed by the GCAA before they can conduct their business.