Could Clinton And Big Oil Have Changed Ghana’s Oil Story? 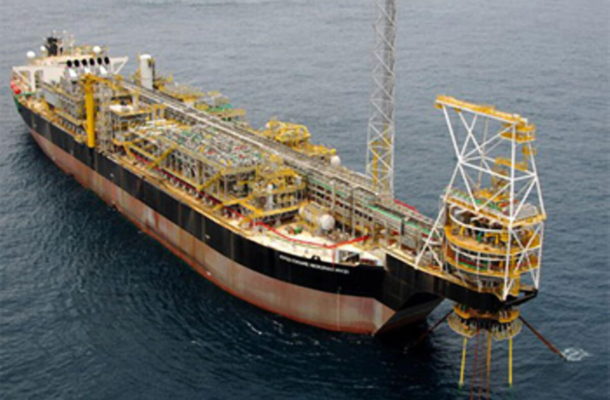 Seven years ago, Ghana was about to become the next thriving economy, basking in the wealth generated by its newly discovered oil and gas. But that scenario never became a reality.

Instead, debt rose, and economic growth slowed after an initial growth spurt of over 14 percent in 2011. Just the usual consequences of the oil curse, one would say, except in this case there was a difference: Big Oil, as in the supermajors, did not really play a big part in the Western African country’s evolution as an oil-based economy, even with major support from the State Department.

In a recent analysis of the beginnings of Ghana’s oil industry, BuzzFeed refers to information revealed as part of the investigation into former Secretary of State Hillary Clinton’s emails that shows that she was defending the interests of companies such as Kosmos Energy and, more notably, Exxon in Ghana. This, although it runs counter to Clinton’s current campaign for the November elections, is part of what any foreign affairs minister is supposed to do, even to the disadvantage of another nation, so it’s not really a surprise

What was surprising was that Exxon walked away from its bid for a $4-billion piece of the huge Jubilee field – Ghana’s flagship – and has not set foot in the Western African country ever since. The reason the deal fell through was government opposition, and that’s putting it mildly. Putting it more crudely, the Ghanaian government drove Exxon out with open demonstrations of unfriendliness, according to some observers.

The company was reported to be mulling over a re-entry into Ghana in 2015, when it signed a memorandum of understanding with the Ghana National Petroleum Corporation for the purchase of an offshore block in the vicinity of the Jubilee field, but it apparently dropped these plans as the oil price rout began to bite deeply.

It would only come as a surprise to few people that defending energy companies’ interest overseas is an important and consistent part of U.S. foreign policy. In fact, promoting the interests of national businesses internationally is, or should be, an integral element of any nation’s foreign policy. And while the approach usually works, it failed to work in the case of Ghana and U.S. oil majors.

We could speculate whether Ghana’s love story with oil could have developed differently if Exxon did buy into the Jubilee field. Chances are it would have gone the same way: mounting debt, spurred by expectations of an oil revenue windfall that came and went quickly, the slowing economy, and a bailout from the IMF.

Currently, the Jubilee field is operated by UK-based-Africa-focused Tullow Oil, in partnership with Kosmos Energy – the company that discovered the field, Ghana’s National Petroleum Corporation, and Petro SA, the state oil company of South Africa. It produced an average 22,300 bpd in the first half of this year, to rise to 30,200 bpd in the second half, according to Tullow Oil.

Kosmos Energy, which back in 2009 was in danger (which prompted Clinton’s interference) of losing part of its holding in Jubilee to the Ghanaian government is still there, with a 24 percent stake and no more allegations of corruption from Accra. A company representative told BuzzFeed that Kosmos Energy has a good working relationship with the government and wants to put the past behind it.

Would it have been different if Exxon had bought Kosmos back in 2010 with the help of then-secretary Clinton? Hardly, seeing as most oil companies are no better or worse than the next one, cynical as that may sound.