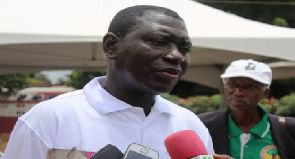 The Centre of Awareness Ghana (COA) has cleared the air that its newly developed COA 72 is an unfinished HIV/AIDS medication still being researched into and not a finished product as misreported by a section of the media.

The media misreporting about the drug had drawn the attention of the Food & Drugs Authority (FDA) which sharply served a public warning, saying it had not approved the COA 72 for use.

COA 72 is an intramuscular and intravenous injectable to fight HIV/AIDS currently under research, while the COA FS is herbal dietary food supplement which supports the human immune system to fight a variety of deadly diseases and has the approval of FDA.

The FDA is the only agency responsible for the approval and granting of marketing authorisation for the manufacture, importation, distribution and sale of medicines in Ghana.

“It has come to the attention of the Food & Drugs Authority (FDA), speculations in the media on the discovery of a medicine purported to cure HIV/ AIDS,” FDA said in a statement issued by its Chief Executive Officer (CEO), Hudu Mogtari.

It said, “The Food & Drugs Authority wishes to bring to the attention of the general public that the authority has not given any market authorisation for any medicine for the cure of HIV/ AIDS.”

But, COA in a statement to set the records straight said, “The Centre of Awareness (COA) has read with dismay from both the electronic and print media the press statement emanating from the Food & Drugs Authority (FDA) to the effect that they are unaware of a drug COA72 which cures HIV/AIDS and had accordingly advised the public to stay away from it.”

It explained that “indeed, the FDA officially is unaware of COA72, an intramuscular and intravenous injectable herbal project developed by Dr Samuel Ato Duncan of COA, and for which preliminary results indicate that it has the potential to cure HIV/AIDS.”

According to COA in the statement, “What the FDA is aware of and has approved for use by the general public is COA FS, a food supplement that helps in the general wellbeing of users.”

It provided a registration certificate from the FDA for COA FS to back its claims.

COA stressed that “COA 72, the injectable (currently under research) is therefore, different from COA FS, the food supplement which has the approval of the FDA.”

The above information was even provided by COA at a press conference held in Accra on October 5, 2016 at the College of Physicians and Surgeons to create awareness and seek potential financials for the required clinical trials of COA 72.

It is, however, unclear how some media houses accordingly reported that COA 72 is a finished HIV/AIDS medication that had even been approved by FDA, especially when nothing of that sort was mentioned at the said press conference.

“By this statement, therefore, COA wishes to clear the air that the COA 72 is an unfinished product still being researched which needs the support of all for further trials. Whereas the COA FS is a food supplement that assists in the general well-being of users and should not be confused with the COA 72, which is an injectable under research,” Dr Ato Duncan said.