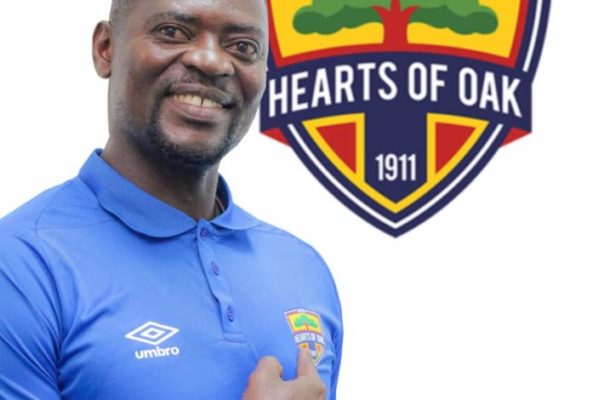 Board Chairman of Medeama SC, Dr Anthony Aubynn says his side were dismayed when their former coach Samuel Boadu left the club abruptly.

The now Hearts of Oak coach resigned from his role as Medeama coach last month just after his side had won against Techiman Eleven Wonder in their match day 16 clash.

According to the board chairman coach Samuel Boadu could have waited to win the league trophy with Medeama this season before leaving the team.

He however says the club have no grudges with him as  everyone will seek big opportunities as Boadu sought to enrich his CV as a coach and there was a bigger offer to improve his salary.

Speaking in an interview with Kumasi based Gye Nyame FM, Dr Aubyn says that they had built a strong connection with the coach and even backed him with a technical director.

"We were saddened by Coach Boadu’s departure because we had built a certain rapport.I met him some two weeks ago and informed him about our decision to support him with a technical director which he welcomed it.

It’s all good because he said he wants a bigger club to enrich his CV so we wish him very well,we have no regrets for having him."

"We think he should have left in a different way but every individual has his right to move.Every individual will leave when there’s an offer improving his salary.

He could have gone later than now because of how things had turn around we believe he could have won the league before leaving nonetheless we wish him well."he concluded.

sellMus 1 year ago
yyy where can i find a shoutbox message? / sells