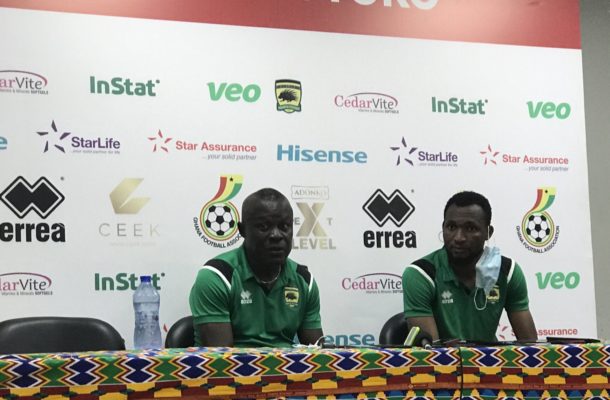 Under a minute Kumasi Asante Kotoko were awarded a penalty kick but the chance was missed by top scorer Kwame Opoku as goalkeeper Richard Attah stretched to his elastic limit to save the ball.

Kumasi Asante Kotoko could do very little in a game which was dominated by Hearts of Oak for large spells and only had goalkeeper Razak Abalora to thank for the point.

"Because the other penalty taker missed our last penalty, that was probably why another player decided to take it today. We told them that penalties should be taken by any player who feels he has the confidence to score." coach Smith disclosed.

It was a game of missed penalty kicks and wasted chances from both sides as on another day it could have ended 1-1 at least had each side scored their penalty kicks.