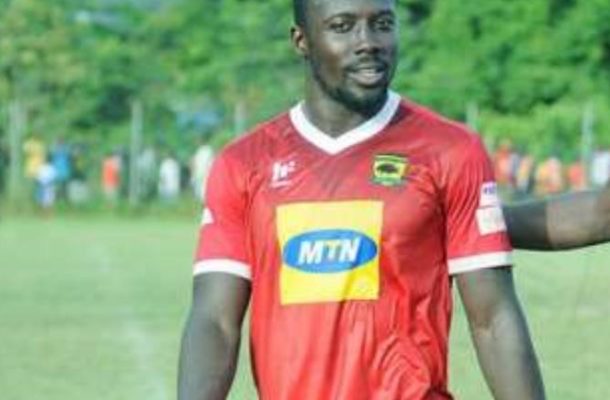 The defender has accused former coach Michael Osei of insulting him in the presence of his wife at the club's training grounds.

Kyere and Michael Osei never saw eye to eye at the club when David Duncan left the club in 2016   with his then assistant Osei taking over at the club.

The often controversial player  sung the praises of his former coach as a coach who is not economical with the truth to players and says things as it is.

"I went with my wife to the training grounds and she was in my car so coach Micky told my wife that he likes me a lot and that she should talk to me because I have a bright future.

So he exchanged contacts with my wife and asked her that how did she meet me and told her in front of me that women like foolish men at the training grounds." he told Kumasi based Ashh FM.

"Ah I have spent money to marry my wife and since I came to Kotoko she had never watched my game so I brought her to the training grounds to watch my game.

She did not even get down she was in the car and after training when the coach was coming to move his car I introduced her to him and he gave her an advice that she should talk to me because I have a bright future."

"After all this advice he asked how did she meet me and added that women like foolish men a lot and he added that insult to achieve what purpose.

Asked how her wife took it he said "she smiled at the training grounds but when they got home she asked why would the coach do that."

"It was then that I told her that is the way he has been behaving towards me since David Duncan left the club."

"There are some people who smile to you in your face but in their heart they dislike you" Kyere added.