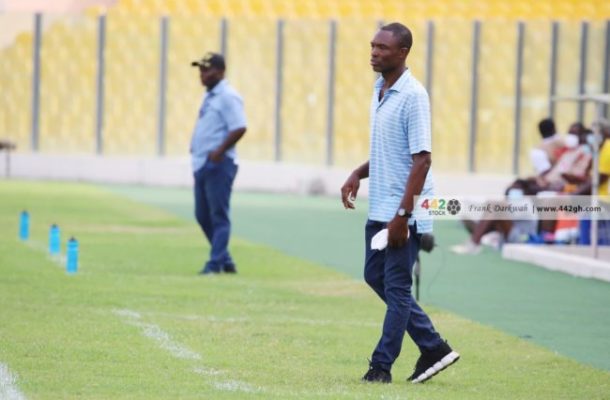 Coach Samuel Nii Noi of Accra Hearts of has names his men to face Liberty, making  4 changes to the team  that won in his first game against Ebusua Dwarfs on Sunday.

In Defence, James Sewornu will be making his first Premier league debut having been selected alongside Nuru Sulley.

Captain of the side, Fatawu Mohammed returns to the starting lineup alongside Raddy Ovouka as full backs for the team.

The Coach maintained his 3 man attacking line with Kwadwo Obeng Jr, Victor Aidoo and Patrick Razak at the top.

The full Starting Line up