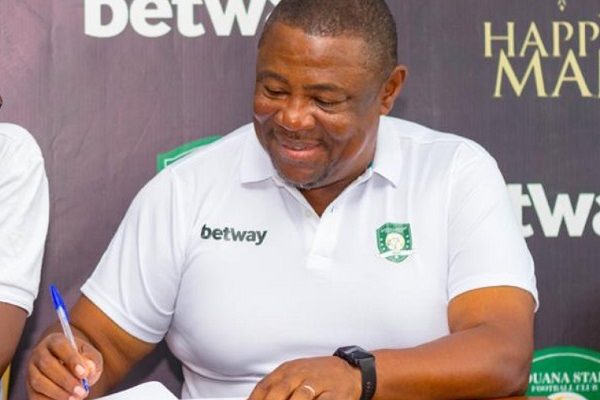 Veteran coach Paa Kwasi Fabin has left his role as he head coach of Aduana Stars after being in charge of the club for one year.

The coach whose contract has ended with the Ogya boys confirmed he has departed from the club following the expiration of his contract.

Paa Kwasi Fabin initially left the club after the expiration of his contract but was cajoled back to take his role by the club's hierarchy in the 4-0 loss against Ashantigold.

The management of the club have since failed to extend the contract of the coach forcing him to leave.

"It's true that I have left Aduana Stars following the expiration of my one-year contract with club," Fabin told Kessben FM

"I organized a 'justify your inclusion' to recruit players to bolster the squad list of Aduana Stars. I submitted the list of players to be signed but got response from the management team that my services is no more needed at the club,"

"I have accepted that in a good faith. Let me thank the club, fans and the life patron of Aduana Stars, Nana Agyemang Badu I for the opportunity. Currently, I am in Kumasi and now available for any club" he concluded.

Paa Kwasi Fabin has coached a lot of clubs in Ghana including Kotoko , Hearts of Oak among others.